Hughes: "Every game a Cup Final"

John Hughes addressed the media yesterday morning ahead of Saturday’s Scottish Premiership clash with Aberdeen at the Global Energy Stadium.

Yogi reiterated the importance of the upcoming fixture, as well as what he expects from Derek McInnes’s impressive side:

“Every game from now is a cup final, we still need to go and express ourselves. I understand it, I’ve been there as a player. It’s all about the freedom to go and play. When we do it, and from what I’m seeing on the training pitch, it is good.

“It’s just a matter of bringing that to every game on a Saturday and hopefully we can do that.

“We know what we’re up against… Derek has done a marvellous job up there. It’s a right good Aberdeen side.

“I’ll get the chance to see them myself (Livingston v Aberdeen). I’ll go down and have a right good look at them. But they are where they are for a reason and they will want to bounce back after their defeat on Saturday.”

Yogi also had the opportunity to reflect on last weekend’s defeat to Livingston:

“We were on a good run; we were starting to get that wee bit of confidence and momentum.

“It was a great game of football, we competed with them, at 1-1 it could’ve gone either way. In its fine margins, Oli Shaw could’ve done better with a header. It was a case for us, stick or twist in that game. What we done is, we took the sitting midfielder off, Tilly, (we brought on) Billy McKay and we tried to have a go and tried to win the game”

“It never went for us; we lost the goal… There wasn’t too much in the game against Livingston, but it’s just great to be playing football matches given the current circumstances.”

The manager now also hopes his side can push on and propel themselves up the league, starting with a victory against the Dons on Saturday:

“Since I’ve come in here, I think the boys have been in a false position. I see them on the training pitch, from their commitment, their attitude, their honesty, they are in a false position. Our problem is, like most clubs who probably find themselves in the bottom half of the league, is inconsistency.

“When we’re good, i.e against Hibs, we’re good and we’re capable of beating any team. For that inconsistency, all I’m saying to my players is… just make sure every team knows they’ve been in a game.

“That was the case against Livingston, and it’ll be the case at Aberdeen as well. Aberdeen will know they’ve been in a game. 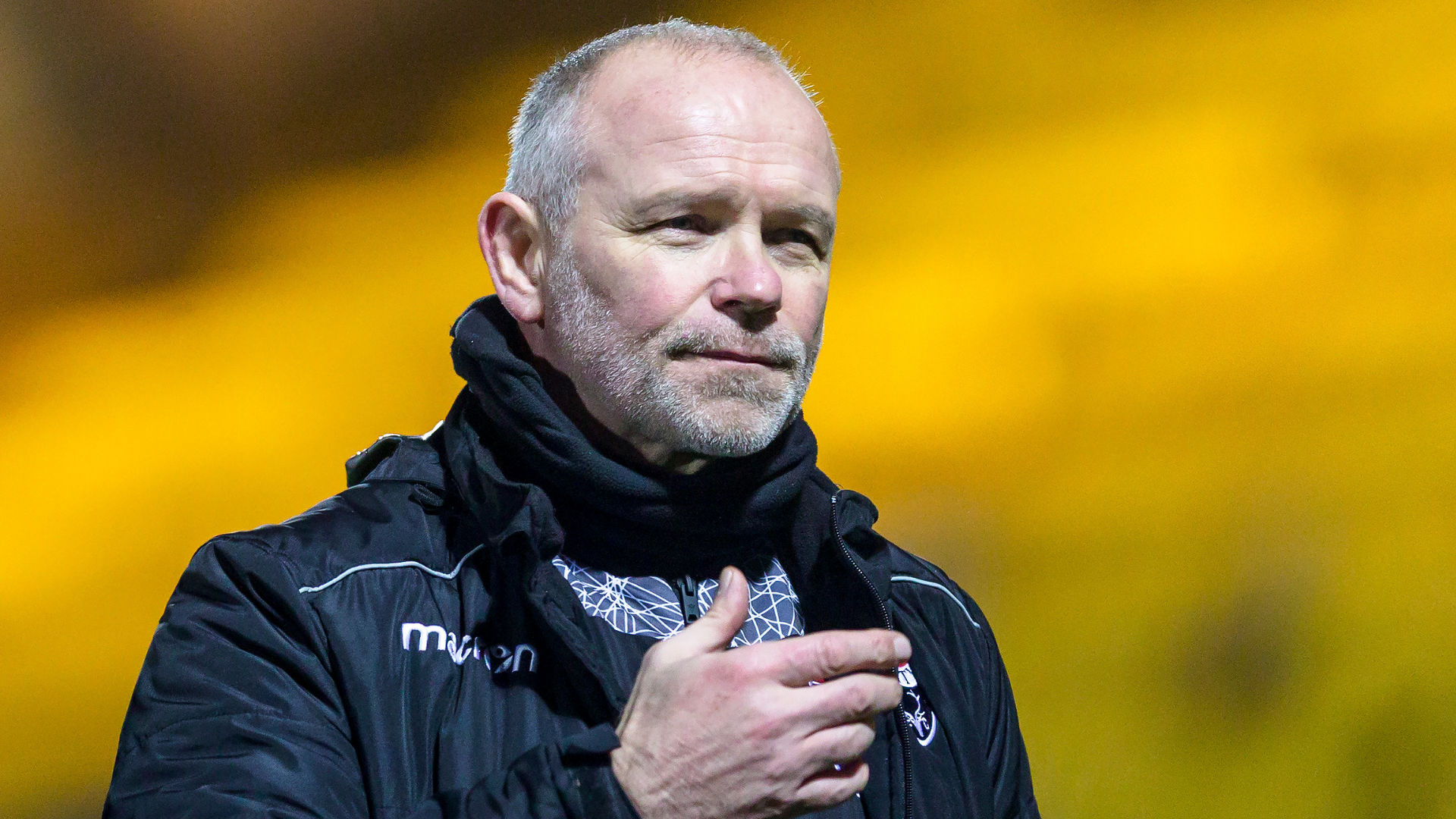