Ross County will play Livingston this weekend as the Staggies travel to the Tony Macaroni Arena for the 4th meeting between the clubs this season.

John Hughes’s rejuvenated Ross County enter the match unbeaten in 2 after last Wednesday’s away win to Hibernian was followed by a valuable point at home to St Johnstone last weekend.

David Martindale has won all 7 of his matches in charge of Livingston and will be looking to add to that tally on Saturday. The Lions are fresh off the back of a comfortable 3-0 win at Easter Road as the club beat Hibernian away from home for the first time since 2005.

Livingston now sit 5th in the Scottish Premiership, just 9 points off Hibs in 4th, with the advantage of 2 games in hand over the Edinburgh club.

Martindale will now have his sights set on breaking into the top four to clinch a lucrative Europa League qualifying spot.

The new Lions boss first took the role on an interim basis before being made permanent on 21 December 2020. He has defeated Ayr United, Kilmarnock, Hamilton, Ross County, St Johnstone, Dundee United and Hibernian so far, scoring 17 goals along the way and conceding just 2. Livingston are the only team in the Scottish Premiership to be undefeated in all competitions since Martindale took over.

Can County cause an upset?

There has been a clear improvement since John Hughes took over as manager at Ross County. The Livingston match will be Yogi’s fifth match in charge of the Staggies as he looks to go unbeaten in 3 matches.

Hughes, who had a brief stint as manager at Almondvale in 2012, took 4 points from a possible 6 last week with a victory over Hibernian and a draw at home with St Johnstone.

The Staggies will also look to be boosted by the return of Callum Morris and Carl Tremarco to the side, following the return of Charlie Lakin and Jason Naismith last weekend.

County still remain at the foot of the table, but are level on points with Motherwell, 1 point behind Hamilton and 2 points behind St Johnstone. A win on Saturday could lift the Staggies as high as 9th in the table, depending on results from surrounding teams.

The sides last met in early December when Livingston defeated Ross County 2-0 in the Betfred Cup quarterfinals at the Tony Macaroni Arena. A controversial opener from Craig Sibbald followed by a header from Alan Forrest booked the home side a place at Hampden in January and ended an admirable County cup run. 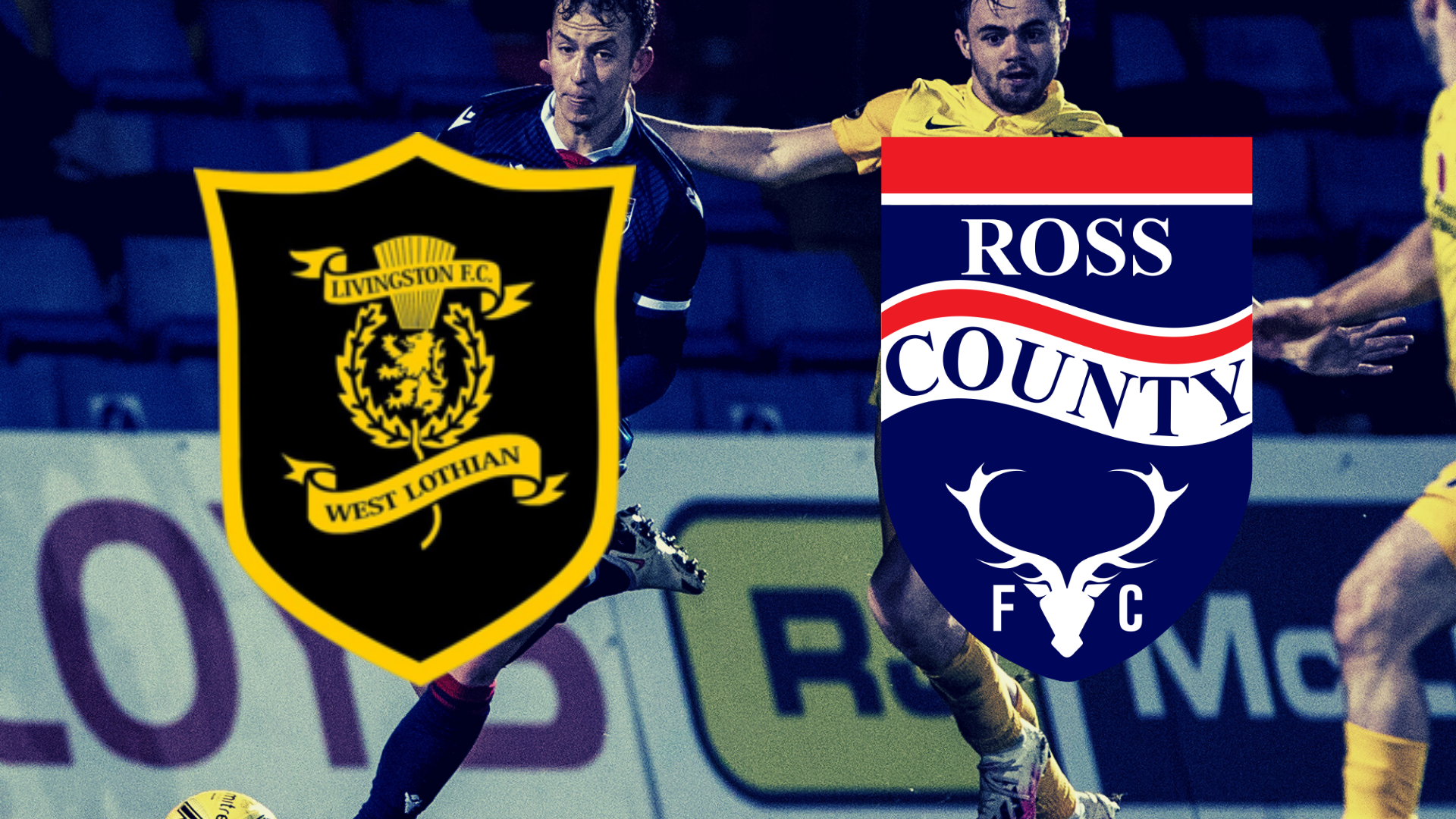