Ross County will host Inverness Caledonian Thistle at the Global Energy Stadium on Friday in the 3rd round of the Scottish Cup.

The match will take place exactly 2 years on from the last Highland Derby as the country’s two most-northern professional clubs will battle it out for a place in the 4th round draw.

The Highland Derby will be broadcast live on BBC Scotland, with a kick-off time of 7.45pm.

Caley Thistle currently sit in 5th position in the Scottish Championship, level on points with Dunfermline in 4th, who have 2 games in hand.

Neil McCann’s side have won 4 consecutive matches and have only lost 2 of their last 11 outings. They are ranked 1st in the Scottish Championship form table (based on their last 5 matches) and no team in the division has conceded fewer goals than Caley this season.

McCann has taken interim charge of Inverness while club manager, John Robertson, takes a break from football for personal reasons.

The former Rangers and Scotland winger got off to a rocky start in the Highlands after failing to record a win in his first 5 matches, but he has since gone on to guide his team to 4 consecutive defeats.

Friday’s opponents faced Highland League side, Buckie Thistle, in the previous round of the cup. Despite equalising twice, Buckie Thistle were cruelly dumped out of the Cup when Daniel MacKay found the net in the 86th minute.

Thistle’s 3-2 victory set up a much-anticipated Highland Derby, which will be the first contested since the last clash in 2019.

This will be the first round of the 2020/21 Scottish Cup that County will feature in as the 12 teams from the Scottish Premiership enter the tournament in the 3rd round.

The Staggies entered the tournament in the 4th round of last year’s competition, but were eliminated by high-flying Scottish Championship outfit, Ayr United.

The Highland Derby will take place almost 2 weeks on from County’s last match, after the Scottish Premiership paused for the international break. Friday’s opponents have played twice during this time.

County will be hoping to avoid 3 consecutive defeats for the first time in December after losing to St Johnstone and Hibernian in their last 2 matches.

There will be plenty of familiar faces on both sides on Friday: Ian Vigurs, Coll Donaldson, Ross Draper, Carl Tremarco, Jordan White and Billy McKay have all previously played for Inverness. Not to mention, County manager, John Hughes, was of course in charge of Caley between 2013 and 2016.

County won the last Highland derby 2-1 at the Tulloch Caledonian Stadium thanks to goals from Josh Mullin and Andrew Boyle either side of Carl Tremarco’s equaliser. Tremarco was not the only current Staggie involved in Caley’s side, Coll Donaldson and Jordan White also both featured. The win over 10-man Thistle stretched County’s lead at the top of the Scottish Championship to 5 points with just 6 games left. 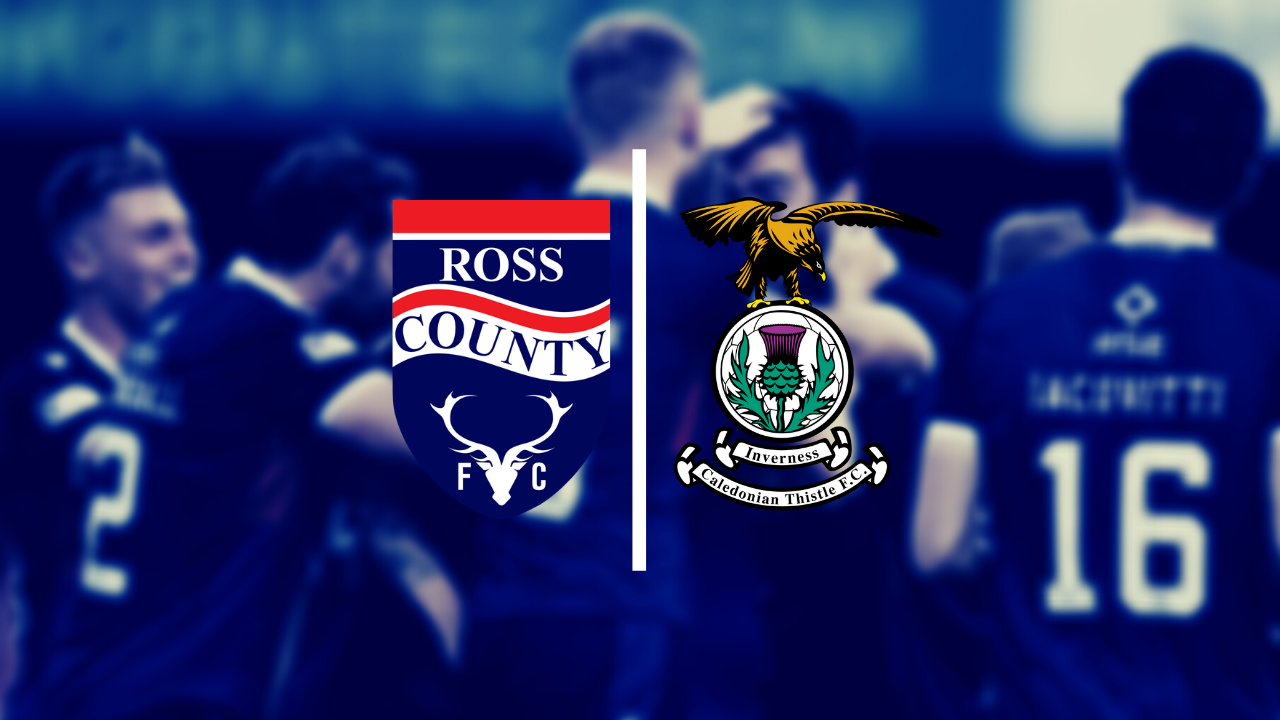