Over the Years: Hibernian

John Hughes will take charge of his third match as manager of Ross County when he faces Hibernian at Easter Road on Wednesday.

‘Yogi’ has both played with and managed Hibs in his career and will be hoping the Staggies can become the first team outside the top 3 to beat his former club in the league this season.

The two sides have met 23 times and have played out some crackers along the way! Here are 5 of our favourite Ross County vs Hibernian matches:

County’s last win against Hibs came in a 2-1 win at the Global Energy Stadium just over a year ago. Welsh international, Christian Doige, put Hibs ahead after 34 minutes before Ross Stewart replied with 2 headed goals in the second half to earn the Staggies their first win in the league in 10 matches. This time round, County are winless in 12 Premiership matches and will hope Hibs will be the victims again as they look to end their drought.

In perhaps the most famous match in the club’s history, Ross County defeated Hibs at Hampden in the 2015/16 Scottish League Cup Final. Michael Gardyne, who is the only player still at the club that played in the match, opened the scoring in the 25th minute. Just seconds before the interval, Liam Fontaine, who went on to play for the Staggies 2 years later, equalised after converting from a corner. However, Alex Schalk famously poked home the winner in the 90th minute of the game, winning Ross County their first ever major honour!

In January 2013, County recorded their third consecutive win over Hibs in the 2012/13 season. Former Hibee, Ivan Sproule, scored the only goal of the game in the 36th minute as County remained undefeated in 2013. The Highlanders became the only club that season to win every match against the Leith side. The win was also part of a run of 6 unbeaten matches against Hibs who had to wait 3-and-a-half years before recording a victory against the Staggies after they first met in 2010.

In October 2012, County and Hibs played out an exhilarating match that saw the Staggies clinch their second ever win in the topflight of Scottish football. A Leigh Griffiths goal gave the visitors the lead after 6 minutes before former County manager, Stuart Kettlewell, blasted the ball home from close range to equalise 3 minutes later. County then found the lead when Iain Vigurs squeezed the ball in from a tight angle, but his strike was cancelled out by James McPake on the stroke of half-time. It appeared that all the excitement of the match was reserved for the first half before Colin McMenamin pinched a winner in the 83rd minute to keep all three points in Dingwall.

The two sides met for the first time in the quarterfinals of the Scottish Cup in 2010. After a dramatic 2-2 draw at Easter Road, the Staggies welcomed Hibernian to the Highlands 10 days later for the replay. Hibernian, who were managed by current County boss, John Hughes, took the lead in the 46th minute when Anthony Stokes nodded the ball into the net from a corner. However, Derek Adams’ men staged an immense comeback and equalised through Garry Wood with 20 minutes to go. Scott Boyd became County’s hero in the Highlands when his 90th minute winner booked County a spot at Hampden and teased the prospect of an impossible Scottish Cup dream. 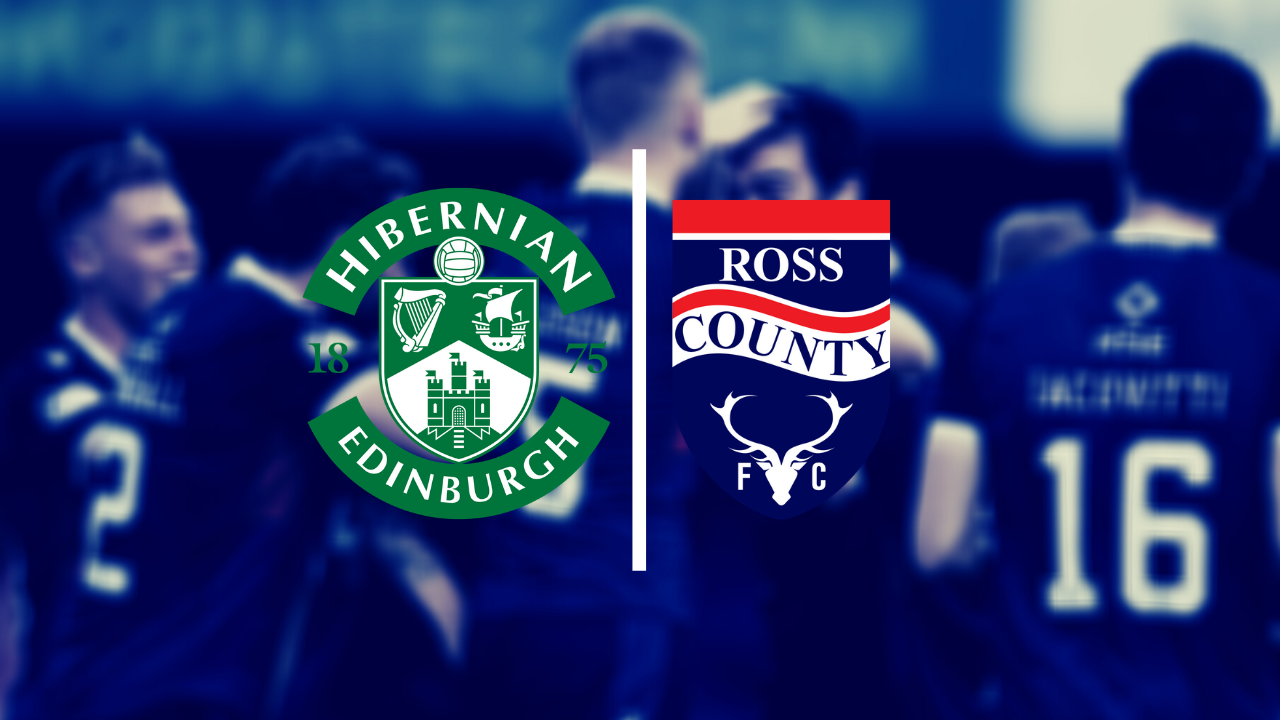