Standing 12 yards from Celtic Goalkeeper Vasilis Barkas, Ross Stewart had the opportunity to send the Staggies ahead in the Betfred Cup last 16 tie at Celtic Park, and so he did, sending the Greek goalkeeper the wrong way and giving the Staggies the opening goal in a memorable cup clash.

“It was a great team performance, coming off the back of a disappointing result last weekend. To come to Celtic Park and play how well we played, credit to the boys, and I thought we thoroughly deserved the win.”

Clinching a spot in the Quarter finals of the competition, it was no easy feat for Ross and his Staggies teammates who managed to contain a Celtic team on the back of 35 domestic cup victories.

“We do realise how big a win it is. Not many teams come here and not only keep a clean sheet but win the game so to do that credit goes to Ross in goal and the back 5 defenders but I thought from back to front I think we saw how good a team performance it was today and that’s what you need when you come to places like this.”

“To lead the line is a tough ask, it’s a thankless task at times but I thought the boys were brilliant in getting me in to areas and how I was able to link up with a lot of them so credit to them, they made my job easier at times.”

For the Staggies it’s a return to League action to take on the other half of the Old Firm this weekend as Rangers come to town.

“Just belief. When you come to Celtic Park and win in the manner we have we’ve got to take belief that we can go any win against any team in the league now, but what we have got to do is to make sure we treat every game the way we treated this one with the work rate and the willingness to run for each other and work hard and if we do that I am sure we can get results.”

JOIN THE STAGGIES ARMY AND HELP TO CREATE MORE MEMORIES! 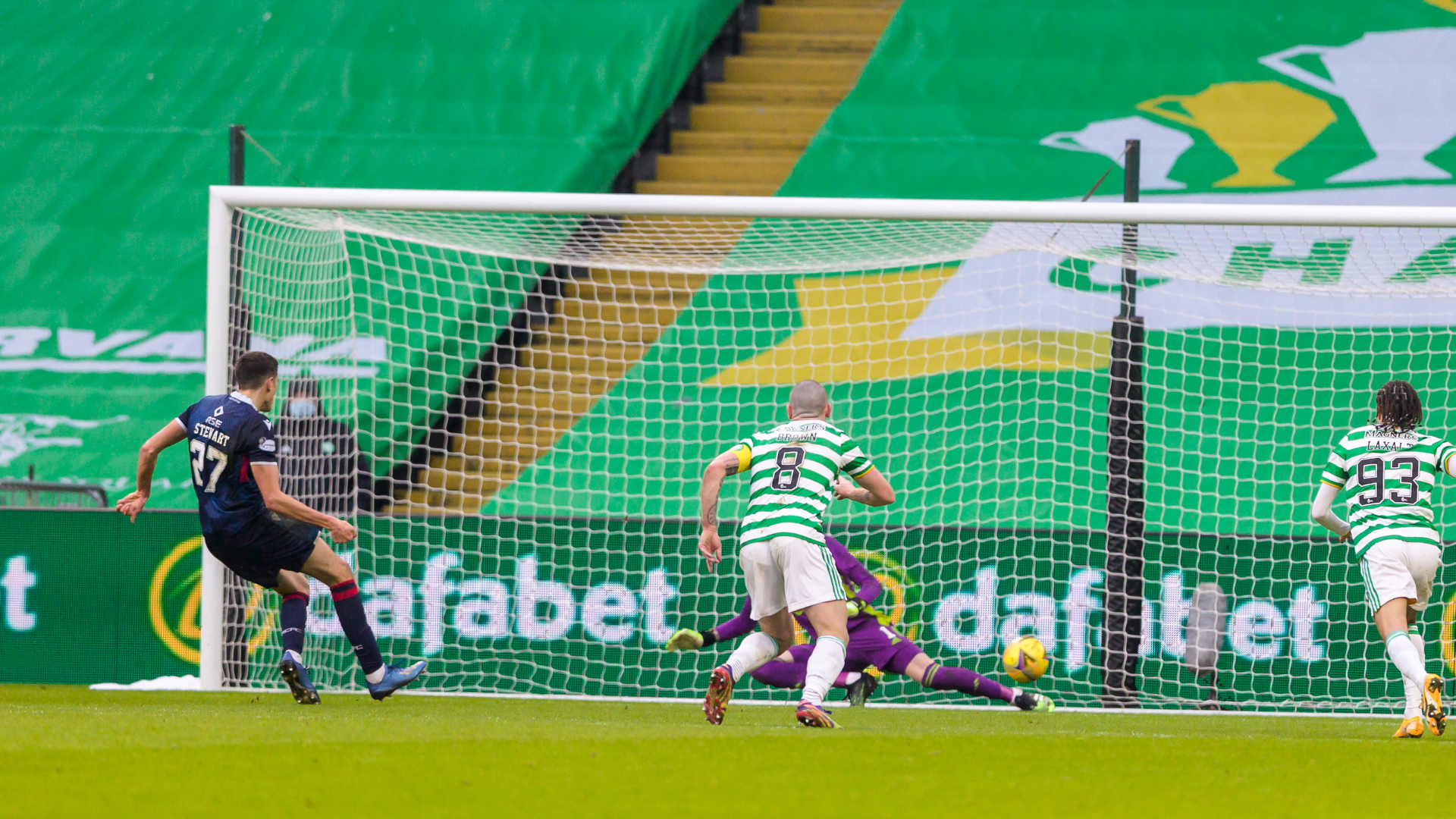