Ross County were defeated 1-0 by St Johnstone at McDiarmid Park this afternoon.

A late goal from substitute Glenn Middleton snatched 3 points for St Johnstone, who have now guaranteed themselves a top-half finish ahead of the league split.

After an uneventful opening 24 minutes, St Johnstone finally recorded the first shot on target of the match. David Wotherspoon was successfully locating pockets of space in the final third and nearly provided a crucial opening goal for the home side. Wotherspoon danced in-and-out of 3 County defenders before handing possession over to Ali McCann on the edge of the area who powered a right-footed shot at goal. The Northern-Irish international’s attempt was pushed round the left post by Ross Laidlaw and the Saints started to grow in confidence.

10 minutes later, Saints continued to mount pressure on the Staggies defence and came even closer to finding a goal. Guy Melhamed picked up the ball in the County half and slid a measured pass through to Chris Kane who had spun off the shoulder of Keith Watson. Kane found himself with only Ross Laidlaw to beat but the keeper rushed off his line and closed down the striker’s angle to prevent an opener.

Seconds before half time, the Saints had their best opportunity of the match to equalise! Sean Rooney’s drilled cutback was met by Callum Booth with space in the centre of the box, but his weak right-footed effort trickled into the arms of Ross Laidlaw.

With so much at stake for both sides, the first half was cagey and did not offer an abundance of chances. Saints probably took the first round on the judge’s scorecards, yet they were unable to deliver the knockout blow by finding a breakthrough.

In the 66th minute, the Staggies created their first real chance of the match! Iain Vigurs’ deep free kick was nodded on by Jason Naismith before Keith Watson cleverly hooked the ball back into the danger area from the left-hand side of the box. Coll Donaldson got onto the end of the ball, but he sliced his left footed effort well over Zander Clark’s crossbar from close range.

With 11 minutes left on the clock, Rangers loanee, Glenn Middleton, almost produced a counter-attacking solo goal to find a winner for the hosts. The Scotland U21 international picked up a loose ball in his own half then motored on another 40 yards, but he could only poke his left footed effort wide of the onrushing Laidlaw’s goal.

However, in the 86th minute, the substitute Middleton broke the deadlock and found the winner for the Saints. Stevie May broke loose on the left of the County box and delivered a perfect cutback for Middleton who was lurking on the edge of the six-yard box. He then completed an exquisite turn to roll his nearest defender before sending his right-footed shot beyond Ross Laidlaw and into the goal.

Despite the disappointing result, the Staggies remain in 10th place in the Scottish Premiership. They are 2 points clear of Hamilton, who drew with St Mirren this afternoon, but are only 1 point ahead of Kilmarnock who thumped Motherwell 4-1 at Rugby Park. 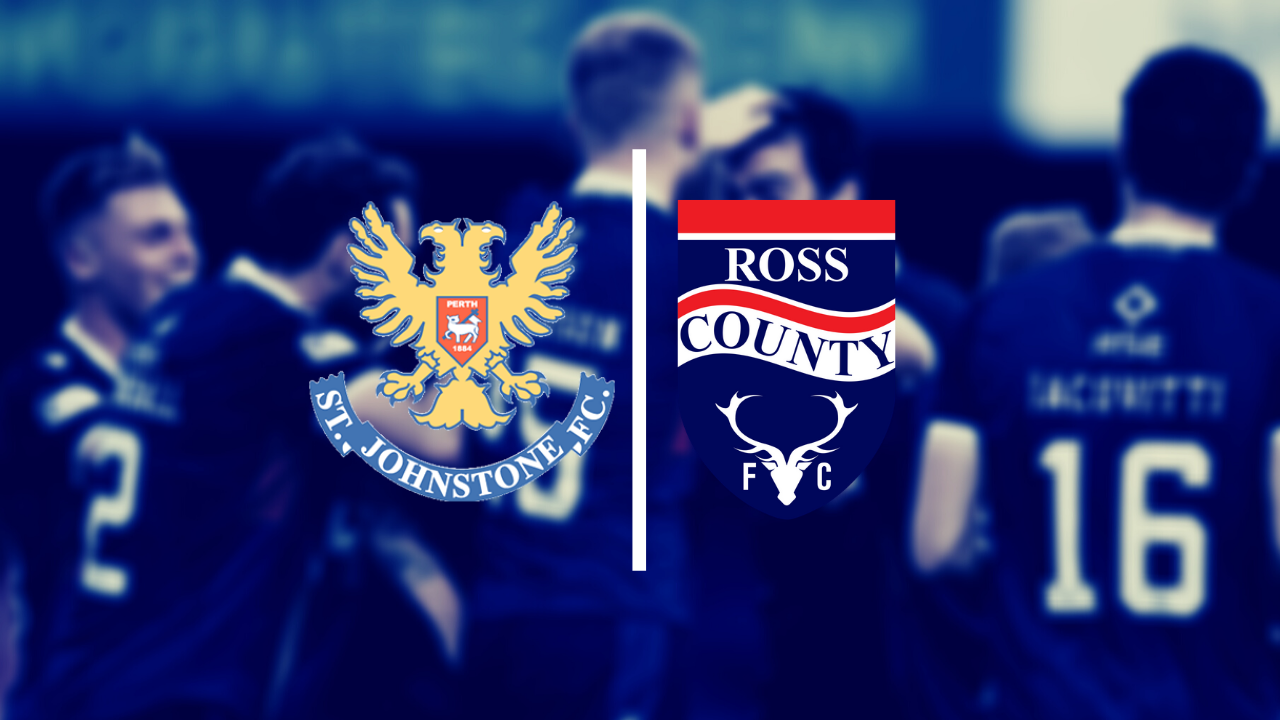